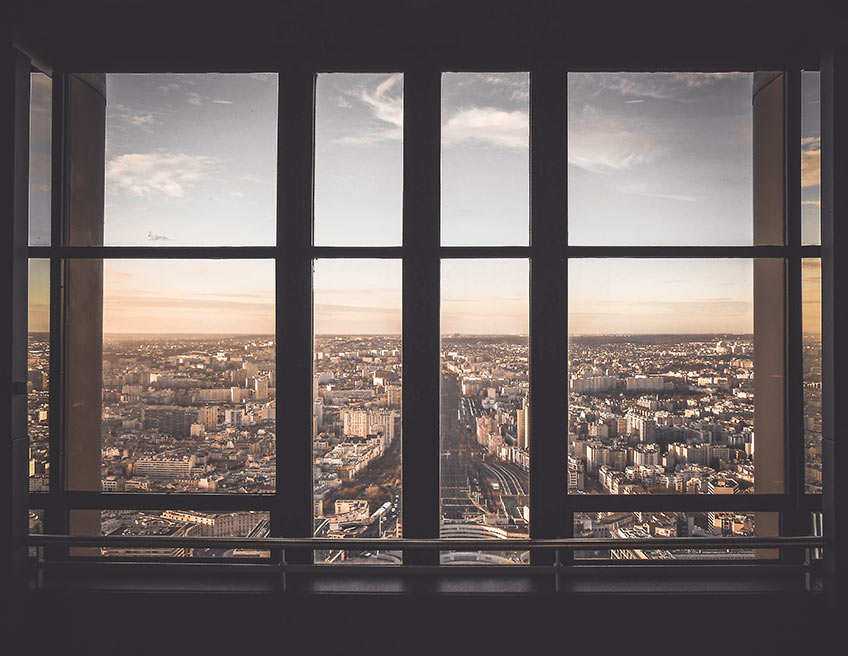 One of the more persistent misperceptions that we come across with our clients is that window films will make their windows look as dark as the windows on an automobile. It’s completely understandable that people make this assumption. Most homeowners are familiar with automotive window films, and so they naturally conclude that any film they put on their home will resemble the films they see installed on the windows of the trucks, vans, and other vehicles they pass on the road every day.

Additionally, common sense tells us that the darker films typically used on vehicles must perform better than lighter films. After all, darker films filter out more sunlight, and the sunlight is what’s responsible for excessive fading, heat, and glare. As is often the case, the notion that darker films are better than lighter films does contain a kernel of truth, especially when it comes to glare. To cut down on glare, you have no choice but to go with a darker film. That’s because excessive glare is a result of too much daylight making its way into your home.

The only way to substantially reduce the glare is to also substantially reduce the amount of daylight penetrating your windows, which means going with a darker tint. But when it comes to fading and heat, it is no longer necessary to go with a dark window film. All of the residential 3M™ window films we offer block nearly all of the sun’s harmful ultraviolet rays, including films that are almost too light to be detected by the untrained eye.

For example, 3M™ Prestige 70, which is one of the lightest films we offer, allows 69% of the daylight to pass through a single-pane window while still blocking 99% of the ultraviolet light and reducing solar heat by roughly 38%. On double-pane windows with Prestige 70, 62% of the daylight is allowed to pass through, while the solar heat is reduced by 21%.

For homeowners with security concerns, 3M™ S40 and Ultra S600 can help keep out the bad guys while keeping your house bright and sunny. In addition to making it infinitely more difficult for would-be burglars to break through your windows, S40 and Ultra S600 each allow more than 80% of the daylight to pass through single-pane glass and more than 70% to pass through double-pane glass. Simply put, your house guests will never know that you have S40 or Ultra S600 installed on your windows unless you mention it to them.

If you’re looking for a film that can help add some insulation in the winter, 3M™ Thinsulate™ 75 would be a good option to consider. On single-pane glass, it reduces heat loss by approximately 40% while still allowing more than 70% of the sunlight to pass through the window. On double-pane glass, it lets in about two-thirds of the daylight while reducing heat loss by roughly 26%.

So, whether you’re trying to secure your home, moderate indoor temperatures, or protect your furnishings, rest assured that we have a film that won’t make your home feel like a cave! Twenty years ago, that wasn’t always the case. In many instances, a dark tint was the only legitimate option available to homeowners. But thanks to years of additional research and development, we can meet nearly every need while preserving the natural appearance of your windows.

For a free estimate and answers to all of your window film-related questions, contact Doyle Window Tinting.

Enjoy the Summer in Comfort With Sun Control Window Film

April 6, 2021
How can we help?Complete the form below and someone will get back to you promptly.